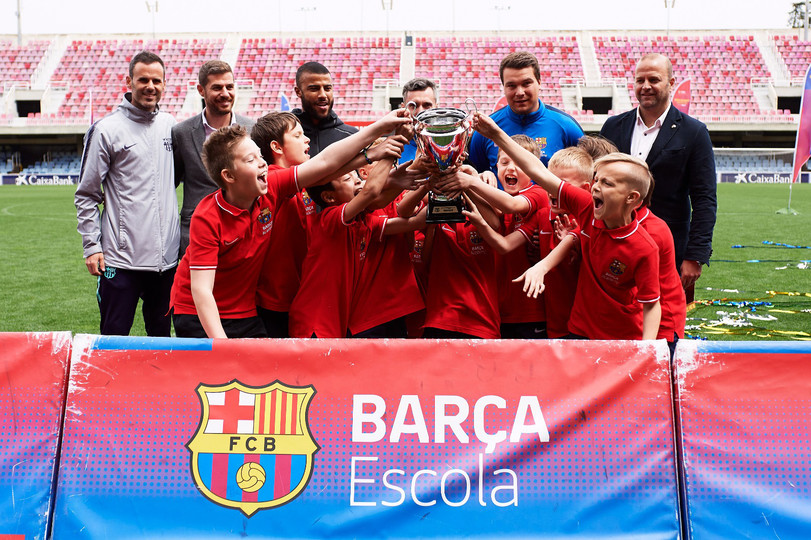 The Barça Academy World Cup presented by Rakuten 2019 has concluded with the finals of the tournament being played on the FC Barcelona Miniestadi pitch.

Rafinha Alcántara was responsible for presenting the trophies to the four Champions and runners-up, after having distributed balls and shirts among the players who participated in the competition.

For the awards ceremony, he was accompanied by FC Barcelona manager, Xavier Vilajoana, and the director of the Barça Academy project, Carles Martín.

In this eighth edition, a total of 2,100 children between 6 and 14 years of age have participated, representing 23 countries and a total of 51 Barça Academies and Barça Academy Camps.

The winners of the four categories were teams from a different continent. In the U8 tournament, Barça Academy Lagos ended up defeating Barça Academy Camps Italia by a tight 3-2.

The only European victory came in the U10 tournament, Barça Escola Barcelona beating Barça Academy Warsaw on penalties after a 1-1 draw in normal time.

Barça Academy Katsushika U12s achieved the highest finish of a Japanese team in the history of the tournament, winning the final against Barça Academy PRO New York 2-1.

It’s also the first time that there has been a champion from each of the continents.

Previously, in 2012, there was a winner from three different continents with victories for Barcelona (Europe); Siheung and Fukuoka (Asia), and for Vitoria de Bahia (America).